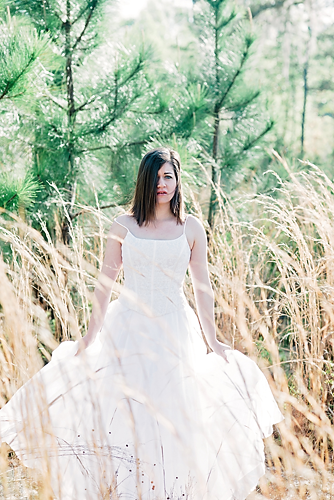 We’re leaving. I’m going home! Amara felt her excitement fluttering in her stomach. She looked down at the tops of three strawberry blonde heads nestled together and against her. Sadness crept up inside of her and chased away the butterflies. Home to her children was the place they were leaving behind. All three were snuggled up together and against her while she was wedged into the corner of the dusty, rickety old train. After a long sigh, she brushed curls out of her daughter’s faces and re-positioned herself as best as she could. They should be stopping soon, it had been close to 3 hours since the previous stop.

While the train looked like it might fall apart any minute it was one of the last bullets, only a few had survived The Fall. Safe stops were far and few between, but bullets were triple the speed of any normal train. At the last stop, they had still been in California, it was in Old Reno, the last safe spot before entering the desert. It had only taken them two hours to get to from San Fran, San Francisco which had dropped the part of its name after The Fall, during the time that California expanded its borders.

The Fall took place 37 years ago when Amara was 19. There was a bright light, one a million times brighter than anyone had ever seen, then sparkling ash fell to the ground and covered the entire Earth. No explanations had ever been found. Amara had awaken to a scene that, had it not been sparkling like glitter without the reflection of light, she would have sworn was a winter wonderland. There were three things that happened to you after The Fall. There were the Fallen, those that didn’t live through the first year. The Twisted, those that got sick and lived, but became mutated, deformed and aged rapidly. Last there were those like Amara, who became known as the Elusive.

Elusives were known for their beauty, they stopped aging and became a heightened, more striking version of themselves. The bones in their faces shifted in that first year, giving them feline like features and their eyes, every single one of them, became a swirling mist of jade and turquoise with gold flecks in constant motion. They also possessed various magical talents. However the change that the Elusives went through came with one fatal flaw, they were sterile. Twenty years into the Fall and something happened, no one knew what, but just as suddenly as the Fall had occurred, women began to conceive again. The children born to the Elusive, known as Elusí, and while they did age, they aged at a very slow pace. Elusí were elvish like in features – they all possessed unnaturally pale skin and very slightly pointed ears. They were beautifully feminine, even the males and they all had heterochromia (one eye jade, one eye turquoise).

The bullet jerked and lurched forward as it’s pace slowed. The kids stirred.